Last year, Annabel was "the girl who has everything"—at least that’s the part she played in the television commercial for Kopf ’s Department Store.This year, she’s the girl who has nothing: no best friend because mean-but-exciting Sophie dropped her, no peace at home since her older sister became anorexic, and no one to sit with at lunch. Until she meets Owen Armstrong. Tall, dark, and music-obsessed, Owen is a reformed bad boy with a commitment to truth-telling.With Owen’s help,maybe Annabel can face what happened the night she and Sophie stopped being friends.

I have read this book about 3 times before. It is fabulous. Dessen is a popular YA author and deserves it extremely. Her writng is meaningful, inspirational, and funny. Some people I have heard think she is sappy, I am here to tell you otherwise. Dessen writes about important sublects for teens like: Teen Prenancy; Not Fitting In; Obesity; Abusive Boyfriends; and Teen Rape, plus many other important subjests.

This book is wonderfully writen and any teen who has read it, I think would agree. This book an issue that happens everyday, rape and anorexia. Those things could happen to anybody and that is what Dessen is trying to say. While reading this book (the first time) I couldn't put it down. When I was finished reading it i actually read it again, which happens when I read an extremely good book (Twilight Saga, HP 7). Dessen is very captivating. Her books will keep close to your heart well after your done. I highly recommend her other books. 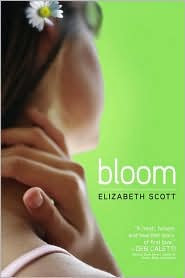 Lauren has a good life: decent grades, great friends, and a boyfriend every girl lusts after. So why is she so unhappy? It takes the arrival of Evan Kirkland for Lauren to figure out the answer: She's been holding back. She's been denying herself a bunch of things (like sex) because staying with her loyal and gorgeous boyfriend, Dave, is the "right" thing to do. After all, who would give up the perfect boyfriend? But as Dave starts talking more and more about their life together, planning a future Lauren simply can't see herself in -- and as Lauren's craving for Evan, and moreover, who she is with Evan becomes all the more fierce -- Lauren realizes she needs to make a choice...before one is made for her.

Just finished this. I've read at least a dozen books that have the same plot. Girl has perfect boyfriend. New boy moves to town. Girl falls for new boy. Same old, same old. It was good and there were some interesting characters but overall it was the same as a whole ton of books I've read. But, you know, if thats what your looking for and like, then this is a good book. 2 out of 4 stars.

Th1rteen R3asons Why by Jay Asher

Clay Jensen returns home from school to find a mysterious box with his name on it lying on his porch. Inside he discovers cassette tapes recorded by Hannah Baker–his classmate and crush–who committed suicide two weeks earlier. On tape, Hannah explains that there are thirteen reasons why she decided to end her life. Clay is one of them. If he listens, he'll find out how he made the list. Through Hannah and Clay's dual narratives, debut author Jay Asher weaves an intricate and heartrending story of confusion and desperation that will deeply affect teen readers.

Incredible. It was so unique and creative and just wonderful. I absolutely loved this book. I like that it was like reading from two differnt peoples perspectives at once. Clay Jensen was the perfect person to view in their perspective. Hannah Baker was so different. When I closed the book and set it down I couldn't help but to get teary eyed. I didn't want it to end. I wanted to know what Clay would react to Bryce and what he would say to the others and I wanted to know if Skye was really suicidal as I was getting from the end of the book and if Clay really did help her or if it was to late. This book will having me looking at my school mates for warnings it will have me aware of suicidals in the future. I really loved this book and highly recommed it to other teens. 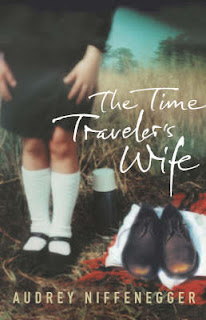 A dazzling novel in the most untraditional fashion, this is the remarkable story of Henry DeTamble, a dashing, adventuresome librarian who travels involuntarily through time, and Clare Abshire, an artist whose life takes a natural sequential course. Henry and Clare's passionate love affair endures across a sea of time and captures the two lovers in an impossibly romantic trap, and it is Audrey Niffenegger's cinematic storytelling that makes the novel's unconventional chronology so vibrantly triumphant.

This is the book I just recently finished. It was long and really good. I thought Clare and Henry were so real. At the end of the book I was really crying. This is probably the second book were I was actually crying and not just getting teary eyed but crying, the other book being A Summer To Die by Lois Lowry. I was thinking how impossible it would for me to survive after how it ended. I was thinking that I'd probably just be crying all day long. Then again Clare had something to look forward to, to bad she found that out about two months after her tragedy struck.

My name is Kelsey and I love to read!!!
I will post about the books I read and what I think about them. It will be mostly YA books. So please enjoy reading my blog!